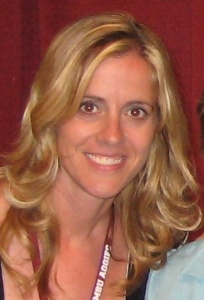 Paula Domenici, Ph.D. is a counseling psychologist focused on deployment-related mental health issues with a specialization in post-traumatic stress disorder (PTSD). She has worked extensively with veterans, as well as educating clinicians who care for them. As the Director of Civilian Training Programs at the Center for Deployment Psychology (CDP), she currently trains military and civilian mental health providers across the country on evidence-based therapies and cultural-sensitive practices for assisting the military community. In this role, she also oversees the development and delivery of a variety of courses and workshops for clinicians and supervises faculty and staff who present at these trainings.

Dr. Domenici joined the CDP in 2006 as the deployment behavioral health psychologist at the National Naval Medical Center, where she worked with Marines in both the outpatient behavioral health clinic and the inpatient casualty care unit. She performed psychological evaluations and provided individual and group treatment for PTSD and other post-deployment concerns.

Prior to joining the CDP, as an APA Congressional Fellow at the Office of Senator Hillary Clinton, she covered mental health, aging, and deployment-related veterans' issues in the legislative arena and engaged in policy-making on these subjects. From 2002 to 2005, Dr. Domenici served as a staff psychologist and postdoctoral fellow at the San Francisco VA Medical Center, providing individual and group therapy to Operation Iraqi Freedom, Operation Enduring Freedom, Vietnam, and WWII veterans and launching a group program for spouses of veterans with PTSD.

Before graduating from the doctoral program at the University of Maryland, College Park in 2002, she received an M.A. in development psychology from Teachers College, Columbia University, NYC. Areas of interest include evidence-based treatments for PTSD, the ripple effects of PTSD on family members, suicide prevention and treatment, post-deployment reintegration, and cross-cultural issues particularly pertaining to Asian Americans and their help-seeking attitudes.